Sharon is rooted in Holden Beach history, yet enjoys a beautiful mixture of locals, seasonal visitors, part-time members, and new residents from every walk of life.

Sharon Methodist Church
The story of Sharon Methodist Church has been one of perseverance and vision. The church has been an integral part of the Holden Beach area since 1825 when it was established in a small log cabin school house near the present Silent Grove Cemetery on Holden Beach Road, a few miles away from its current location closer to the island. The church rebuilt another 20’ X 30’ cabin, with handmade shingles nailed over the logs, at its current location in 1860, just on the northwestern side of the property. The black and white communities came together in that little church, which was one of the 10 churches on the Brunswick Circuit. The appointed pastor spent a week or so at each church, although lack of heating meant services weren’t held in those winter months at Sharon. 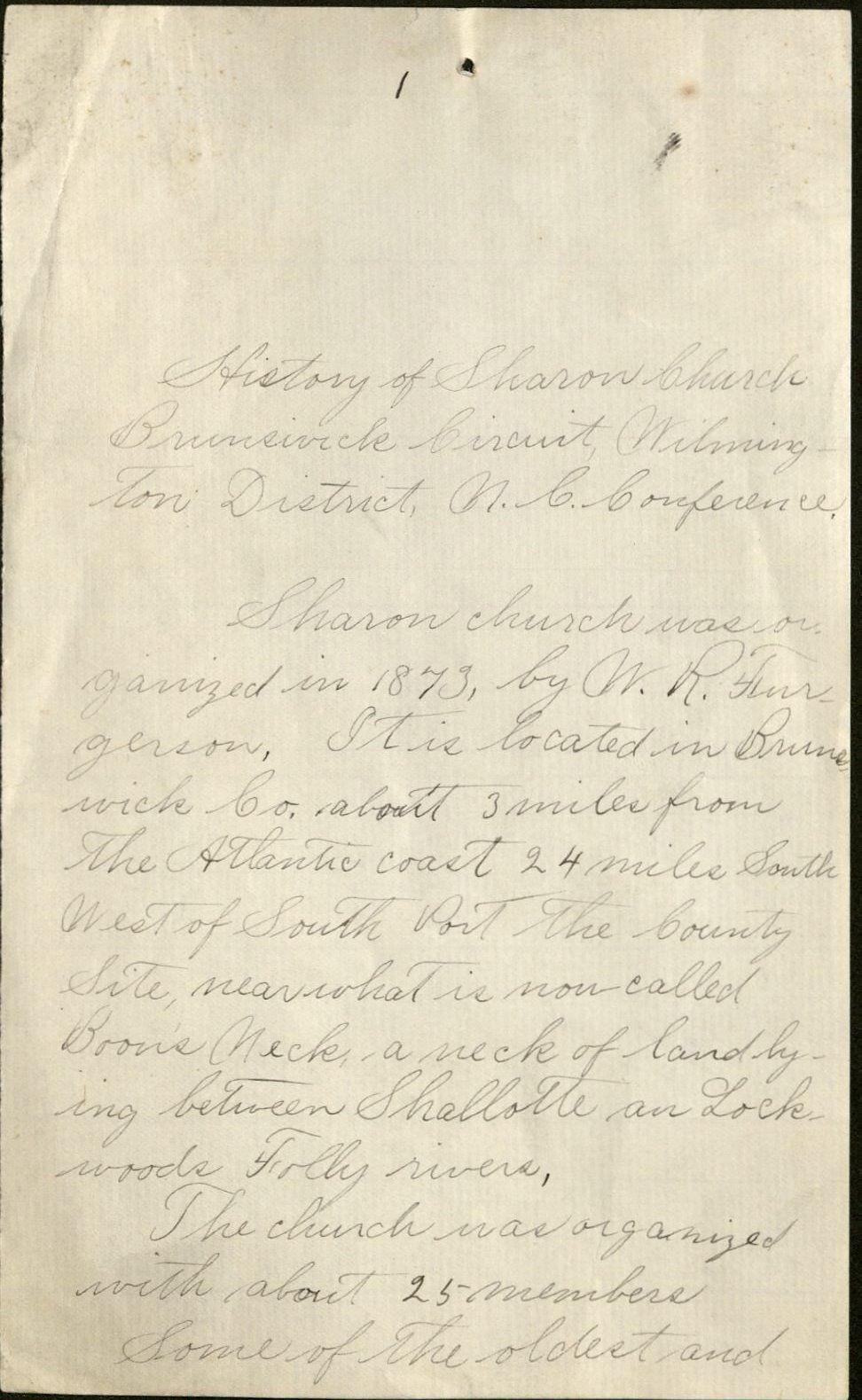 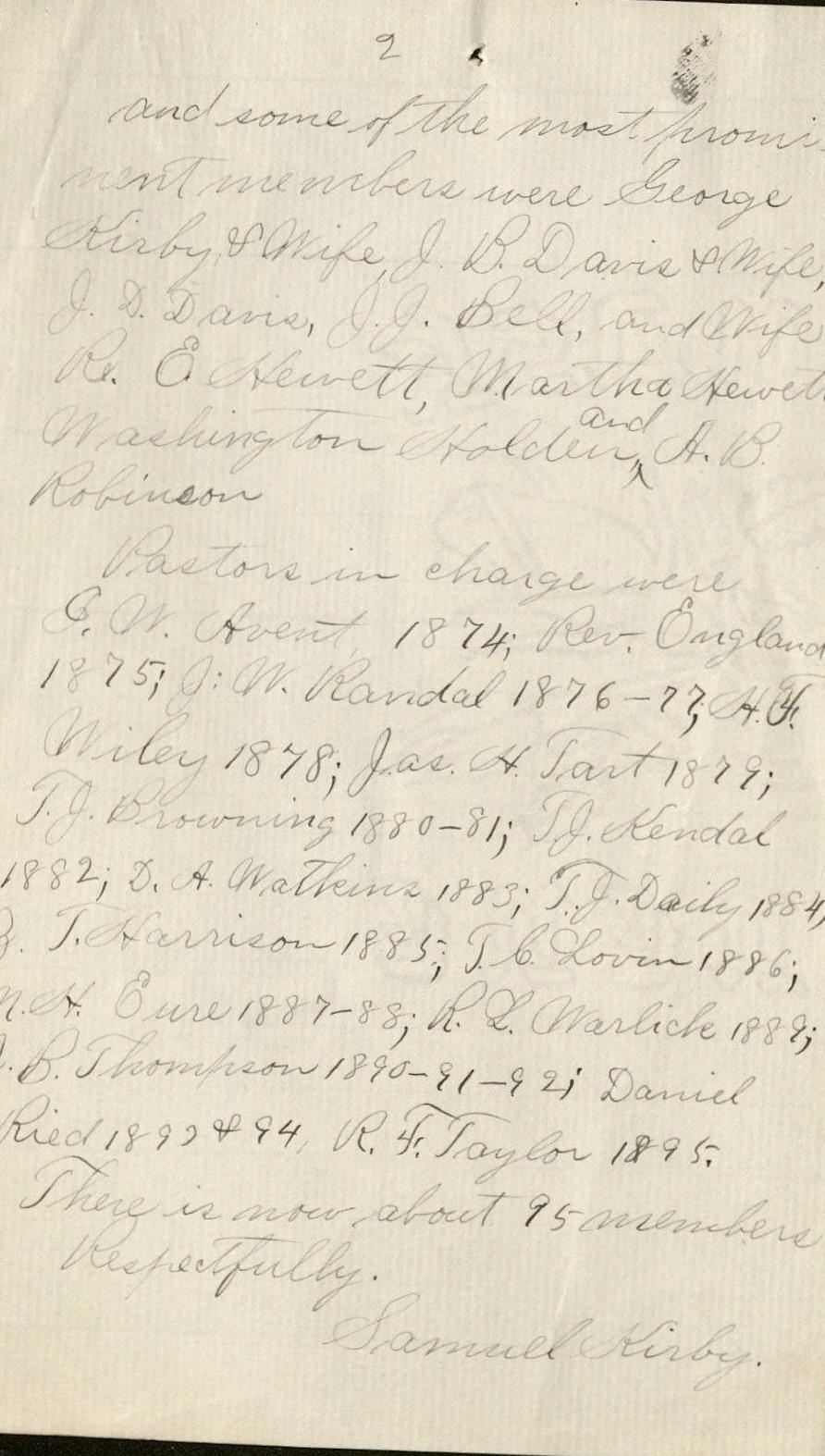 The humble congregation soon outgrew the little log cabin and members worked hard to build a larger frame building (complete with a wall down the center aisle to separate the men and women in worship) which opened for the first service in 1886 (after the first frame had to be re-constructed after losing it to a bad storm). Around the turn of the century, the Brunswick Circuit was divided and The Methodist Churches in the lower section became the Atlantic Circuit, renamed the Shallotte Charge in 1902.

When extensive repairs were needed, the members decided to build a 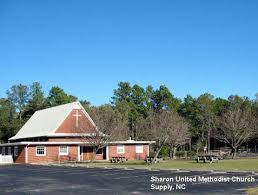 larger, new building in 1939, which opened its doors in 1942 for its first worship service, and several classrooms were constructed in the early 1950s. When termites were discovered in 1962, the dream for the next building began and was paid for by 1965, with air conditioning to follow in the 1970s. A dedicated parsonage was then built on donated land largely by church members in the early 1980s, with the first full-time pastor living in the home by 1984.

A groundbreaking was celebrated and construction began on the current sanctuary in 2009 to accommodate the ever-growing needs of our congregation and ministries. The first worship service in the new sanctuary, recognizing the history, present, and future of our church family, took place on Easter in 2010 with the Bishop Al Gwinn of the NC United Methodist Church Conference and two former, retired Sharon ministers, Rev. Robert Ratz and Rev. Rodney Lane, joining Rev. Eddie Hill in leading the congregation in a celebratory journey and worship experience. 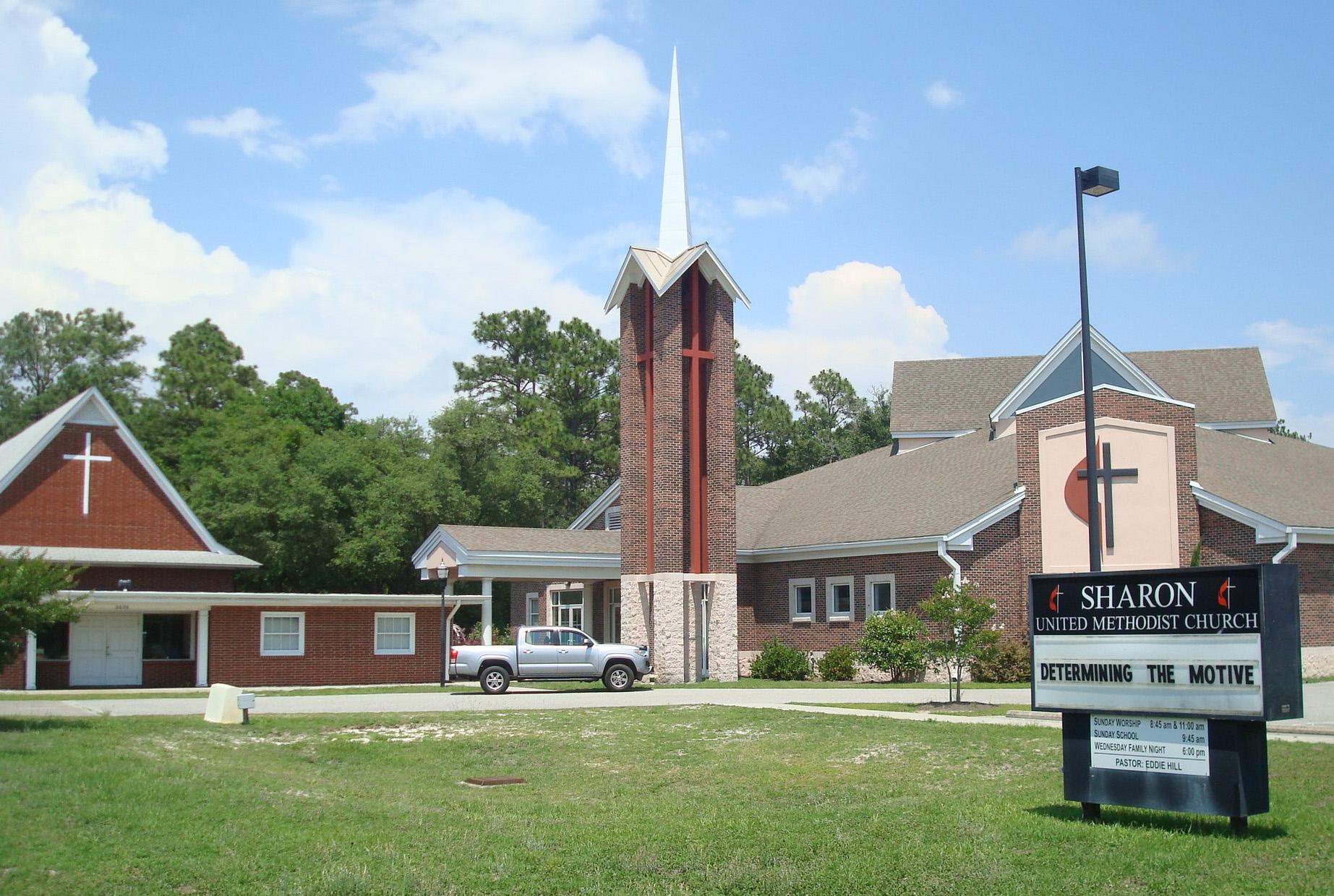 The newly renovated education building in 2020 will be a tremendous facility to help house the many growth groups, classes, and our children and youth adventures in a church as entrenched in the community as Sharon Methodist Church is.

Named for the "Rose of Sharon" mentioned in the Bible (Solomon 2:1),

the Sharon Methodist Church campus has blossomed over the years from being part of a 10-church circuit to a church growing in membership, outreach, and mission. Now blessed with new faces and a full calendar of serving our community and one another, the church family looks with excitement to the future that God has in store for His church, with a deep desire to be in the center of His will as we worship Him and serve His people.